August 2, 2019 By Tacoma/Pierce County Habitat for Humanity in Building on Faith, Volunteer 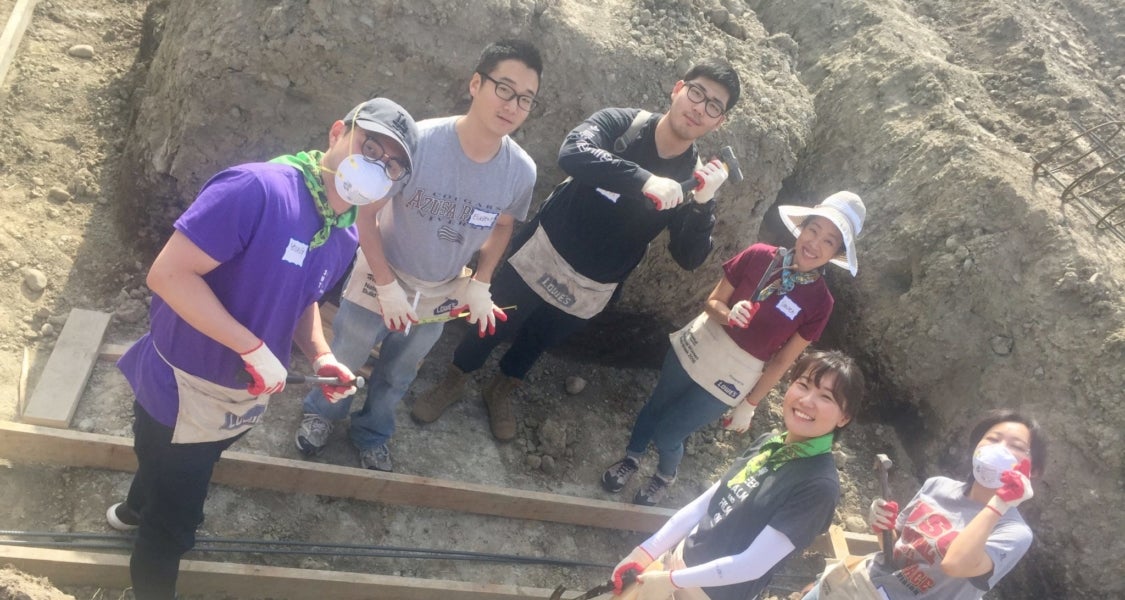 When the young adult group from Young Nak Presbyterian Church in Los Angeles decided they wanted to make their first mission trip, a church member suggested Habitat for Humanity.

Caroline, who volunteers for Habitat for Humanity of Greater Los Angeles, began reaching out to Habitat affiliates to try to find a match for the 3-day trip.

“We had a pretty large group and limited weeks that worked for all of us,” explains mission trip leader, Amy. “We prayed about it and Tacoma was the location that worked best.”

The group – who are all in their 20s and 30s – had about three months to figure out the details. “Two people drove up, but most of us flew and then we rented three minivans. We were lucky to find an AirBnB that could house all 20 of us,” says Amy.

For most of the group, this is their first time volunteering with Habitat. While they didn’t know exactly what to expect, they figured it would be hard work. “People started working out eight weeks ago to prepare,” laughs Amy.

“They (Yuriy and Yelena) immigrated from Russia and many of our group immigrated from Korea,” Amy shared. “We reflected about how meaningful that was to begin somewhere new and literally be building your new foundation.”

The Young Nak group does plan to do some sightseeing, but they were too exhausted to do so after their first day. “We took turns showering, had dinner, and decided it was time for bed!” said Amy.