July 8, 2019 By Tacoma/Pierce County Habitat for Humanity in Building on Faith, Habitat Homeowners 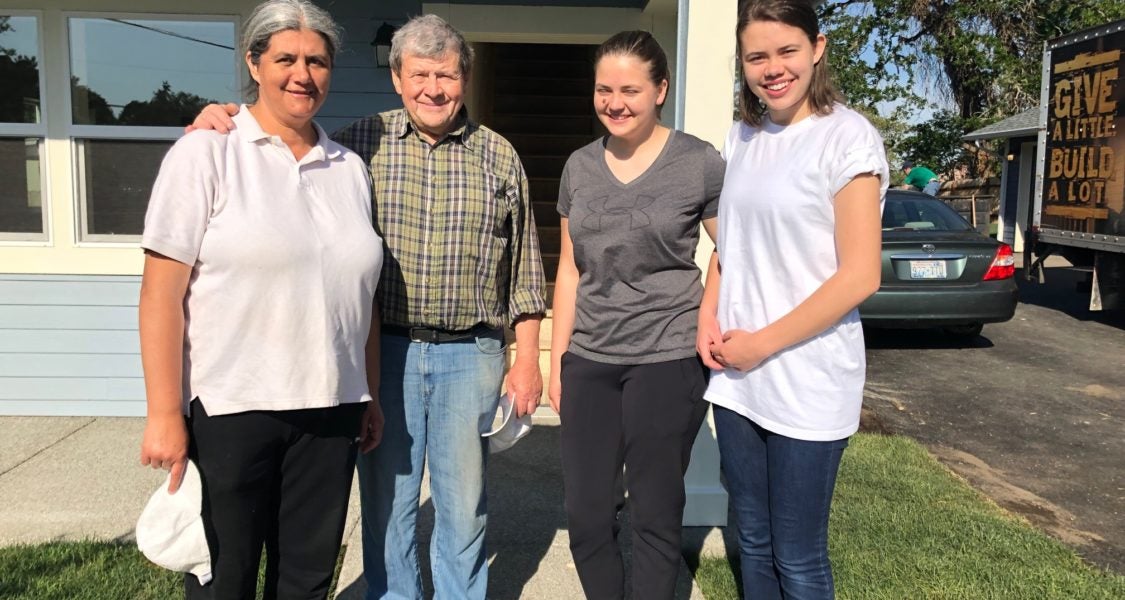 Tacoma/Pierce County Habitat for Humanity designates one home each year as the Building on Faith house. Groups from all faith backgrounds build side by side across 3-4 months, working to complete the home. The 2019 Building on Faith home has been matched with Yelena and Yuriy.

It’s been 17 years since Yelena and Yuriy and their four oldest children immigrated to the US from a small town near Moscow. About their move, oldest daughter Mariya says, “For me it was easy, but for my parents it was stressful. There was a lot of paperwork and organization.”

In Russia, Yuriy worked as an engineer and designer before becoming a missionary pastor. In the early 1990s, he started a Baptist church in their small town. He had led the church for ten years when Yelena’s mother and sister, who were already in the US, encouraged her and Yuriy to come.

“Dad didn’t want to go because he did not want to leave the church behind,” says Mariya. “But he prayed about it and felt like God was saying to go, have faith.”

Upon arriving in the US, the family first lived in a 2-bedroom apartment in Federal Way where their fifth child, Alexa, was born. They moved from there to subsidized housing in Redmond, and eventually to Burien to be closer to Yelena’s mother.  After living in Burien for less than six months, they found out their housing would be torn down. They moved back to Federal Way in 2009.

The rent in King County became too high – even with a subsidy – so the family had to move again in 2016, this time to Puyallup. They applied for FSS: a HUD program that enables families to increase their earned income and reduce their dependency on welfare and rental assistance, and it was their FSS case manager who told them about Habitat for Humanity.

What Yuriy and Yelena are most looking forward to about their Habitat home is stability. “Every year their rent goes up and up and up, but their income doesn’t increase the same,” says Mariya.

As she gets ready to do her spring planting, Yelena is happy to know that next year’s garden will be at her Habitat home. Every year the family plants, but with frequent moves, their plants – especially the fruit trees – have been moved more than once. “They’ll be glad not to have to move the blueberries again,” says Mariya.

As for Yuriy’s doubts about moving to the US… it turns out God was right. Six months after arriving in the US, Yuriy suffered a heart attack. “If they’d still been in Russia he probably wouldn’t have lived,” says Mariya. “Mom would have been raising five kids on her own – including a newborn baby.”

Special thanks to the 2019 Wall of Hope sponsors:

To get involved in Building on Faith and/or Wall of Hope, please contact us.

Read about past Building on Faith seasons: