June 16, 2020 By Tacoma/Pierce County Habitat for Humanity in Building on Faith, House Sponsor 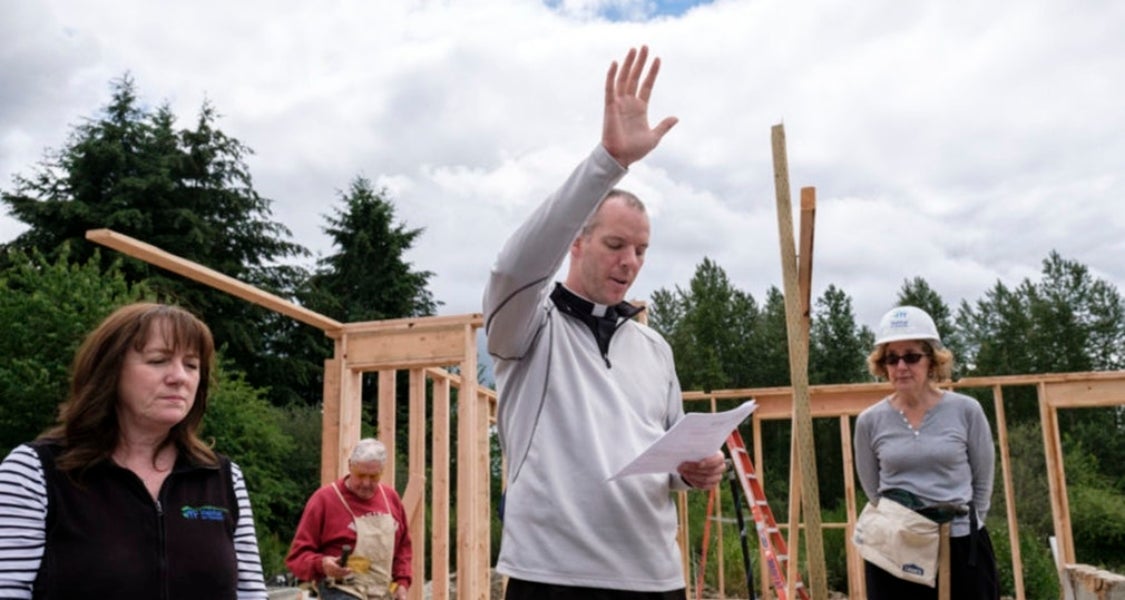 Building on Faith 2020 sponsored by the Pierce County Deanery

Each year, Tacoma/Pierce County Habitat for Humanity celebrates partnership with the faith community with a season of building we call Building on Faith. Groups from all faith backgrounds build side by side across 3-4 months, working to complete a home. We are glad to be partnering with the Pierce County Deanery, representing twenty five Catholic parishes, as the sponsor for the 2020 Building on Faith house. This is the second home sponsorship for the Deanery, the first having been in celebration of Pope Francis’ Jubilee Year of Mercy.

The first wall raised in every Building on Faith home is the Wall of Hope.

Thanks to these Wall of Hope partners for their contribution this year: 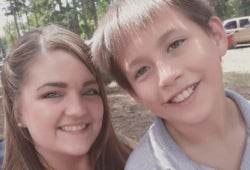 Jessica moved with her mom and three brothers to a Habitat home when she was in fifth grade. “At the time I was upset because I had to move away from my friends,” says Jessica, but she soon settled into her new home and neighborhood. “Our neighborhood on Tyler Street was really tight.”

When Jessica was in her early 20s her mom was diagnosed with cancer. Jessica herself “made some really bad decisions,” that led to a bout with recovery.  Three years ago, Jessica moved into clean and sober housing. She began building a solid foundation and working full time. A year later, she regained custody of her son,  who is now 10.

With her life now stable, Jessica decided to explore Habitat for Humanity as an option for 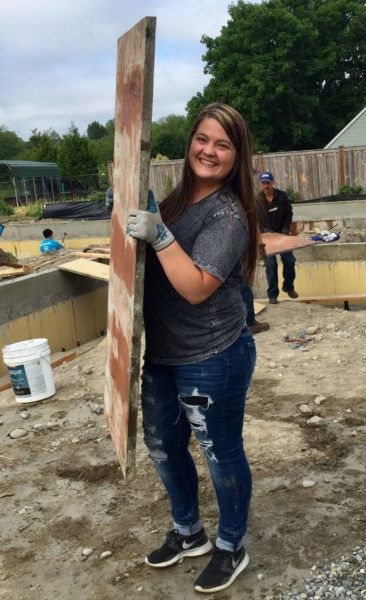 homeownership. She applied to the program and was accepted in March 2019.  Jessica says she learned a lot working with Habitat’s Homeowner Services team and her lending partner. “My credit went from 480 to almost 700. I didn’t realize how important a good credit score was.”

Jessica also contributed sweat equity, working every Saturday last summer at Tyler Court, where she hoped her home would be.

Though it took awhile, Jessica was finally approved for a loan. But then she hit a road bump. The very same day she found out her Habitat home loan had been approved, Jessica was let go from her job. “I received the best news and worst news all in the same day.”

At first Jessica was afraid she would lose the Habitat home she had been working so hard toward. “My forever home needs to be a Habitat home,” says Jessica. “I built all summer with those people. They are my neighbors.”

She was reassured by Habitat’s Homeowner Services staff not to give up. Within three days, Jessica had 15 job interviews. Jessica secured a new job within three weeks and said “I’m so grateful for them sticking by me and not giving up on me.”

Jessica is a Christian who grew up in the church, active in Bible study as a participant and a leader. She says her son loves going to church, but because her work schedule has meant working Sundays for the last few years, it’s been difficult. She hopes to find a church home once they’re settled in their new neighborhood.

Jessica has a lot to look forward to as construction on her home gets underway this summer. She feels it’s fitting that her home is the Building on Faith home, saying “These last three years, I’ve had blessing upon blessing.”