Retirement with a Purpose

April 16, 2018 By Tacoma/Pierce County Habitat for Humanity in Volunteer 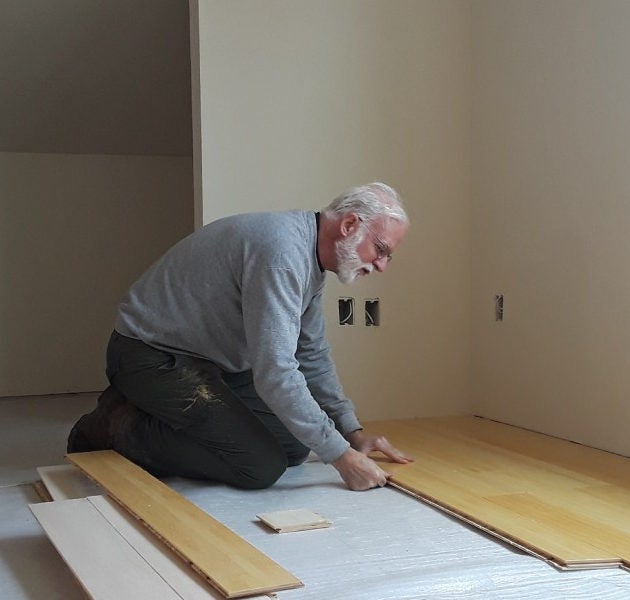 Regular volunteer, Rick, reflects on his time with Habitat for Humanity

I have long had the notion that once I retired I would work with an organization such as Habitat. I wanted to do this for no other reason than “to be helpful”. Turns out I have been helped as much—perhaps more—than I have helped others.

To explain: I grew up in a single family home—my mom, sister and me. My mom, while quite intelligent, had limited education. That, coupled with needing to care for two children, left her options for employment limited and, likewise, her income. As a result, we could never afford a home. Consequently, we were moving regularly from house to house depending on the homeowner’s wishes. Our lives were splintered by these moves and my mom was under constant stress. While helping on the Tillicum site one day the thought struck me: What if my mom had had the opportunity to get a home such as was available through one the Habitat projects? What if she had been able to “eek out” just enough to qualify to become a home owner—owning a home we could count on being ours every day and where we could count on sleeping in each night?

Shortly after starting with Habitat and while on a current construction site, I began to notice a boy about eight coming home to his brand new house that had just recently been completed by Habitat. He had a bike on the side of the porch. There were some other “child-like” things standing about the porch waiting to be brought in. I was pulled inside this little boy’s head, imagining that as he left school at the end of the day he thought, “I am going home. I am going home to my house.” A child develops a whole different mentality when he/she can own such thoughts compared to a child who cannot. I, a 70 year old man, began to imagine myself an eight year old boy again, a boy who now had a place to call home. Thus, I have seen my time helping the Habitat project with a heighten sense of value. I can see the real benefit of this work.

A second personal benefit as a volunteer comes from being able to interact with some truly amazing people. Working with these folks has been immensely enjoyable and quite edifying (in terms of the skills I have picked up); hanging out with them during break and lunch has even been more so. Conversation issues forth from men and women with dazzling divergent life experiences: doctors, truck drivers, construction workers, scientists, chemists and structural engineers. They share stories, facts, ideas and even farcical dialog in the most delightful way and none of it is with the intention of one-upping another. There’s no “talking down;” it’s just a stream of consciousness that makes me feel I have been embedded into a Discovery program, or sitcom, PBS or—at times—all three.

Each time I get home from working on a Habitat project my girlfriend asks two questions:

“Did you enjoy yourself today?” I always say, “Absolutely.”

And, “Did you learn anything new today?” I have now come into the habit of answering, “It is impossible not to.”