May 15, 2022 By Tacoma/Pierce County Habitat for Humanity in House Sponsor 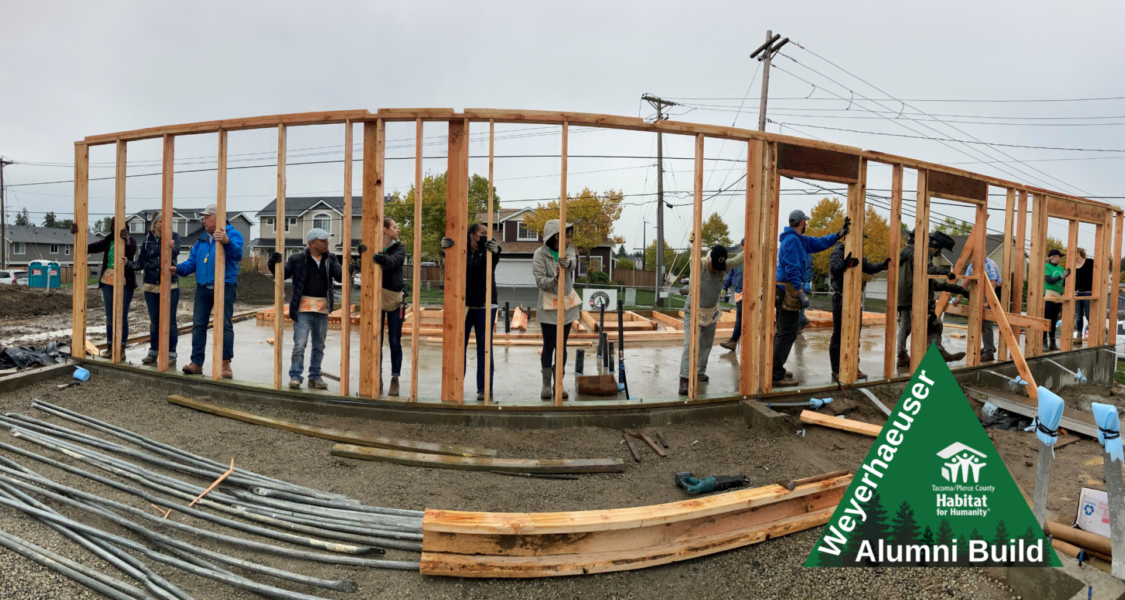 It all began when a group of four retired Weyerhaeuser executives toured some recent Habitat for Humanity projects in South King County. Seeing what was being done to impact affordable housing in a very tough market, an idea was born: the Weyerhaeuser Alumni Campaign.

Soon after, eight retired Weyerhaeuser Company executives came together to lead a campaign to sponsor a “Habitat House a Year.” Pledges from nearly 100 retired and inspired Weyerhaeuser employees poured in, totaling $1.18 million. The campaign will provide housing for ten families over 5 years—5 homes built by Tacoma Habitat in Pierce County and 5 more in King County with Habitat for Humanity, Seattle, King & Kittitas Counties.

Construction on the first two homes began the summer of 2021. The first home in Pierce County was dedicated on Saturday, June 11. (Details on the King County home can be found here.)