May 13, 2022 By Tracey Sorenson in Building on Faith, House Sponsor 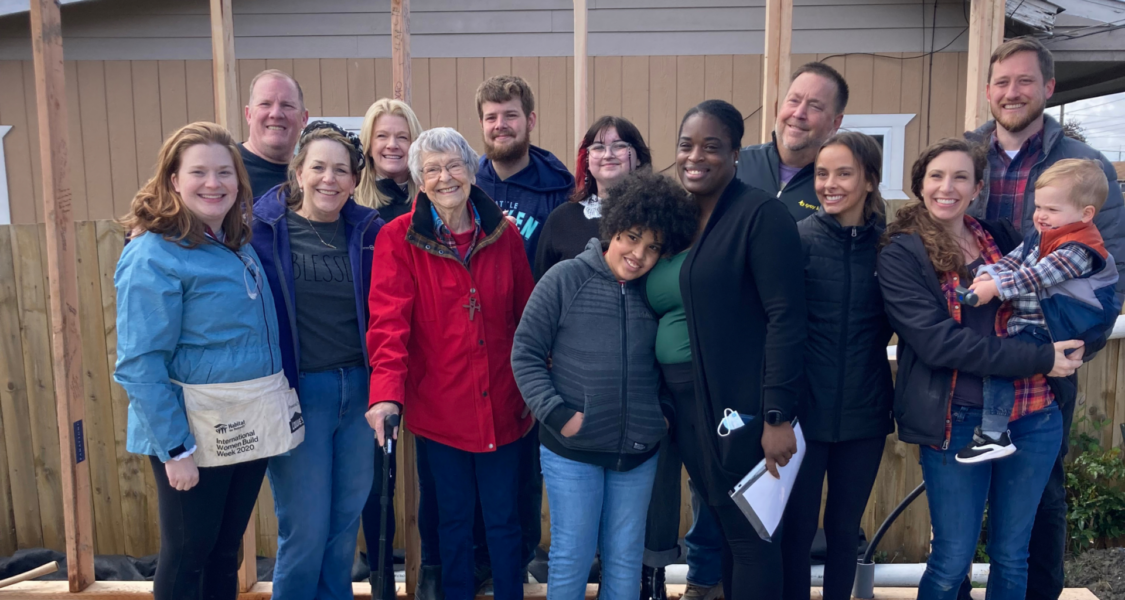 As the first walls went up at the Bill Barrett Legacy House, this year’s Building on Faith house, I started to understand more about the man Bill Barrett was. 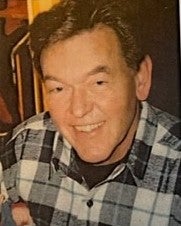 I knew Bill had been a longtime Tacoma/Pierce County Habitat for Humanity volunteer, and that he and his wife Sally were also donors. But Bill was so much more. He was board president at Tacoma Habitat from 1994 to 1997; he was a liaison between his church (University Place Presbyterian) and the local Habitat office; he initiated the Blitz Builds that took place in the late 1990s and early 2000s; and – probably most impressively of all – Bill designed the house plans used in over one-third of all homes Tacoma Habitat has built to date.

As I talked with Bill’s daughter, Jenna, and his son, Chris – who, along with other family members and volunteers from University Place Presbyterian Church helped assemble and raise the first walls of the legacy house – every new story that was told revealed another way Bill Barrett had touched Habitat. 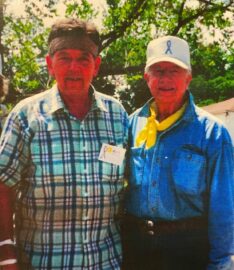 Bill attended a Jimmy Carter work project in Houston in 1998, after he which he wrote an impassioned letter to Carter letting him know that he found the project a “disappointment” because, as Bill put it, “preachers make poor construction managers. I don’t think I’m alone or a nut. You are welcome to your own conclusions.” In the letter, Bill went on to encourage the then 73-year-old President Carter to take it easy on the construction site, telling him, “you are what gives Habitat for Humanity validity to the vast majority of American people.”

Bill’s wife Sally shared that he was invited to Habitat for Humanity International’s offices in Americus, Georgia, to discus tithing as Tacoma/Pierce County Habitat had, at that time, proportionately the highest tithing rate among U.S. affiliates. Later Habitat’s founder, Millard Fuller, came to Tacoma to see firsthand what made this affiliate “tick”. A humble, generous man, Sally reports, Fuller did not want a fancy hotel but instead stayed with the Barretts and rode around in Bill’s truck to get the pulse on the work.

Jenna shared that on another occasion, President Carter invited Bill to visit him in Georgia to be recognized for the design work he had done in Tacoma.  At the time, Bill’s house plans and effective use of volunteers and donated materials, resulted in one of the most cost-effective Habitat for Humanity developments in the country.

Bill’s straightforward way of talking and his eloquence with words are a gift that remains in the memories saved by his family.

“One of the quirks of the human mind is that we remember in great detail where we were and what we were doing when dramatic, life-changing events take place,” wrote Bill in a letter to the volunteers he worked alongside the morning of September 11, 2001. “I have no idea what the future holds for us as individuals, as a nation, or as a world, but with citizens like Habitat volunteers, there is HOPE.”

Bill Barrett indeed left a legacy – to his family, his friends, and to Habitat for Humanity.

Do you have a story to tell about Bill Barrett? Please follow this link to share your favorite memories.