The House that Rotary Built 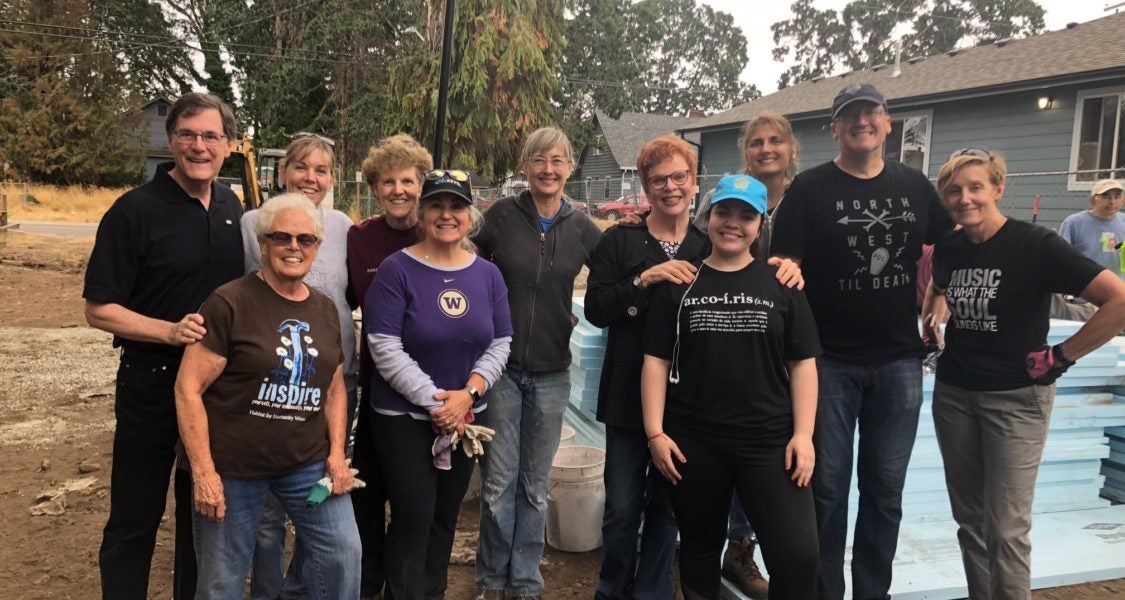 In the spring of 2018, Tacoma Rotary #8 held their annual fundraiser and part of the evening’s proceeds sponsored a Habitat home in Tillicum for Navy veteran Louis.

From the ground blessing in July to the wall raising in September, The House that Rotary Built made great progress thanks to the volunteer might of the many Rotarians that have been a part of this project.

Students from Bates Technical College will install the electrical, and then the Rotarians will come to back to site to do the finishing touches. The home’s completion will be marked in in February with a dedication ceremony. 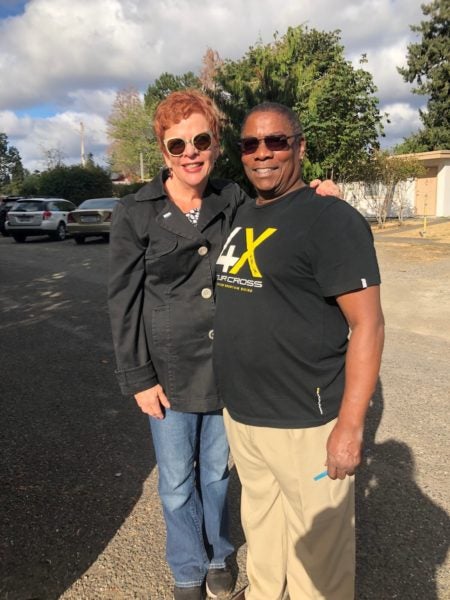 Louis graduated from Du Sable High School on Chicago’s south side in 1967. He attended one year of college at Allen University in South Carolina before the Army came calling. “They told everyone if they weren’t maintaining a C average they would be drafted,” says Louis. “I figured that was my cue that I better enlist in the Navy!”

Within 10 days, Louis found himself leaving for boot camp in San Diego. After boot camp and then a two-week leave in Oakland, Louis was on a ship leaving for the Gulf of Tonkin – the USS Enterprise – where he served alongside John McCain from 1968-1970.

After leaving the Navy in 1970, Louis spent time as a G3 clerk working in internal revenue. “I was one of four men working with 150 women.”

After a year and a half, he took a job with the phone company. He worked 24 years at Illinois Bell before transferring to US West in 1999. When he retired from the phone company in 2014, Louis went back to Chicago for a year before deciding the Pacific Northwest was really his home.

“When I got out of the Navy one thing I told myself I wanted to do was buy a home.”

The VA told Louis he was eligible for a loan maximum of $150,000, but there was nothing available in that price range. He heard about Habitat for Humanity via a real estate class.

“Habitat was a blessing. With Habitat an average-income citizen can buy a home.”

At 69 years young, Louis is looking forward to finally having a home of his own. The home is being built with ADA
accommodations that will allow him to age in place.

When he settles in, Louis hopes his daughter, who lives in Maryland, will visit. She was in the Air Force and just got her PhD. Louis laughs, “She’s a lot smarter than I am!”