August 14, 2017 By Tacoma/Pierce County Habitat for Humanity in Partner, Volunteer 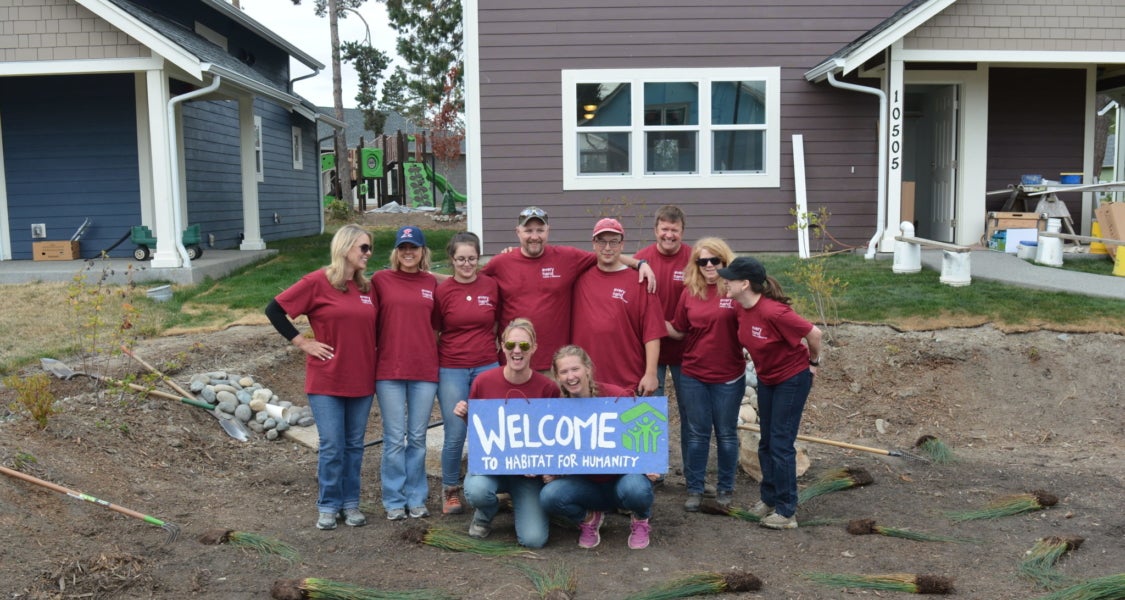 The completion of The Woods at Golden Given neighborhood is significant to a number of Tacoma/Pierce County Habitat for Humanity’s community partners, but perhaps none more so than Apex Engineering, who has been involved in this multi-year project since the very beginning. This is their Habitat Story.

“Apex designed the water system, the sewer system, the road,” says Gomer Roseman, Habitat’s Director of Site Development. “Their involvement has been huge.”

Felix Jacobs, a principal with Apex, first saw the property in 2008, when the firm did a land survey.

“It was unlivable,” he says, recalling a dilapidated barn and piles of trash on the property.

The metamorphosis from trash heap to a 30-home development where more than 100 people live and six languages are spoken has been tremendous.

“You can’t imagine the things we had to do to get it ready just to break ground,” says Felix.

But Apex’s involvement didn’t end after the land was surveyed and systems designed. The group has scheduled a volunteer day each summer since 2013. Over the years the group has worked on foundations, siding and roofing, exterior painting, and landscaping.

As they helped with some final landscaping last week, Felix reflected on how Habitat differs from other communities Apex has designed.

“Commercial builders can build a house in 45 days,” he says. “But Habitat is about building communities with involvement from the people who will live in them. The end result is the same, but the focus is very different.” 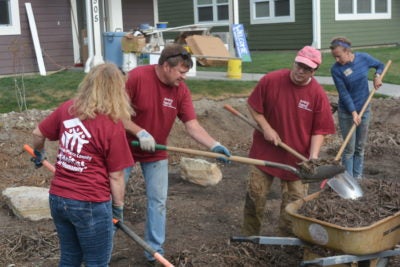 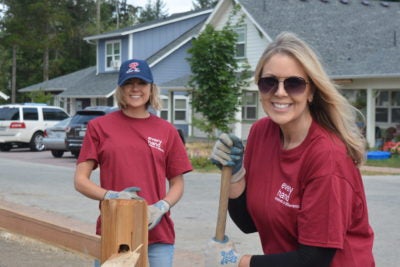