November 12, 2021 By Jason Gauthier in Advocacy 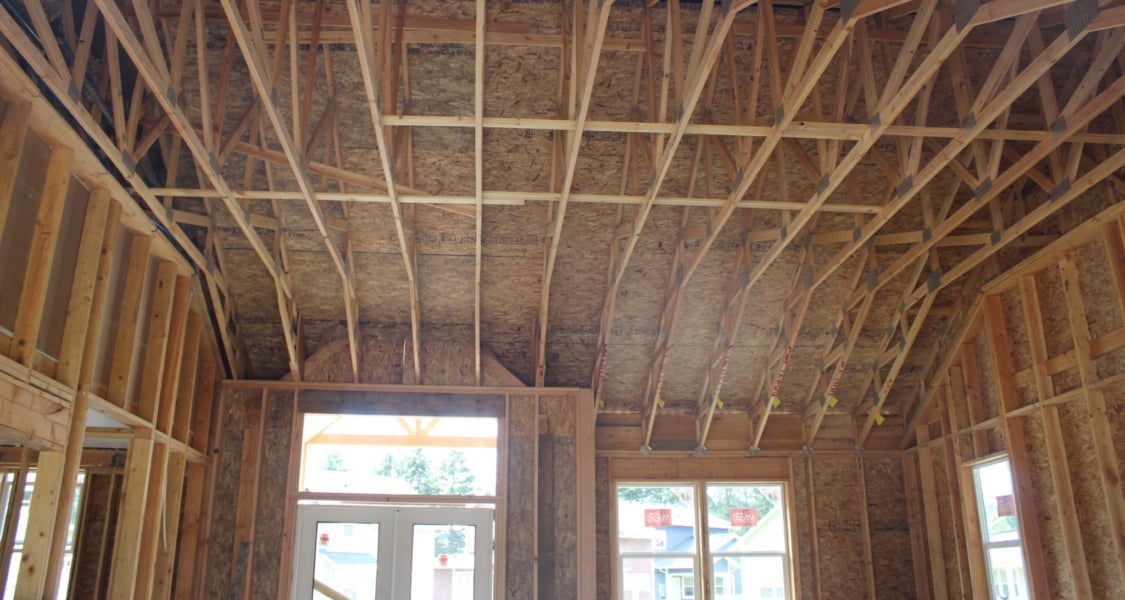 With the end of 2021 fast approaching I thought it appropriate to make a quick comparison on our cost to build against 2020. What I found was both expected and yes, startling.

We know that nationally construction material costs are up, but what does that mean for Habitat locally, in terms of dollars and cents? I’ll highlight four material elements of the home building process. 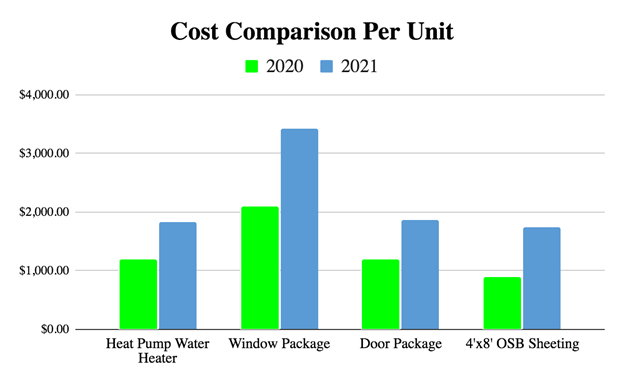 Our OSB sheeting costs have risen by 93% in the last year, window packages are up 63%, and 56% and 53% for door packages and our heat pumps and water heaters, respectively. These are unprecedented cost jumps.

In a May blog on this topic we asked our readers what ideas they have to mitigate this issue and keep entry-level homeownership attainable in our communities. It was a big question to ask and, to be honest, there weren’t many responses.

So, I’ll suggest the expansion of a concept that’s been working in Washington for 25 years.

During the legislative session of 1996, the legislature passed Substitute House Bill 2778, which created a sales and use tax exemption for the materials and labor used in the construction of farmworker housing, and last year, SSSB 5396 expanded that exemption. What does this exemption do? “It acts as an incentive for investment and a cost-saving mechanism to improve affordability,” says Marty Miller with the Office of Rural and Farmworker Housing.

If this exemption works as a “cost-saving mechanism to improve affordability,” would it make sense to expand it to include other types of housing in which we seek affordability?

During the 2019 legislative session, Representative Mari Leavitt, with HB 1168, and Senator Mona Das, with SB 5025, attempted to do just that. These bills, in their original forms, included a sales and use tax exemption on the materials and labor used in the construction of affordable, self-help housing (the type of affordable housing that Habitat builds). The House actually passed HB 1168 as a sales and use tax exemption, while the Senate removed that exemption but retained a real estate excise tax exemption. Eventually the Senate version, SB 5025, was passed and became law – a law which saves Tacoma Habitat approximately $30,000 annually.

In the face of exorbitantly rising materials costs, should the legislature consider providing additional relief to affordable housing developers? We believe it’s time for that discussion.