November 16, 2021 By Tacoma/Pierce County Habitat for Humanity in Donors, Volunteer 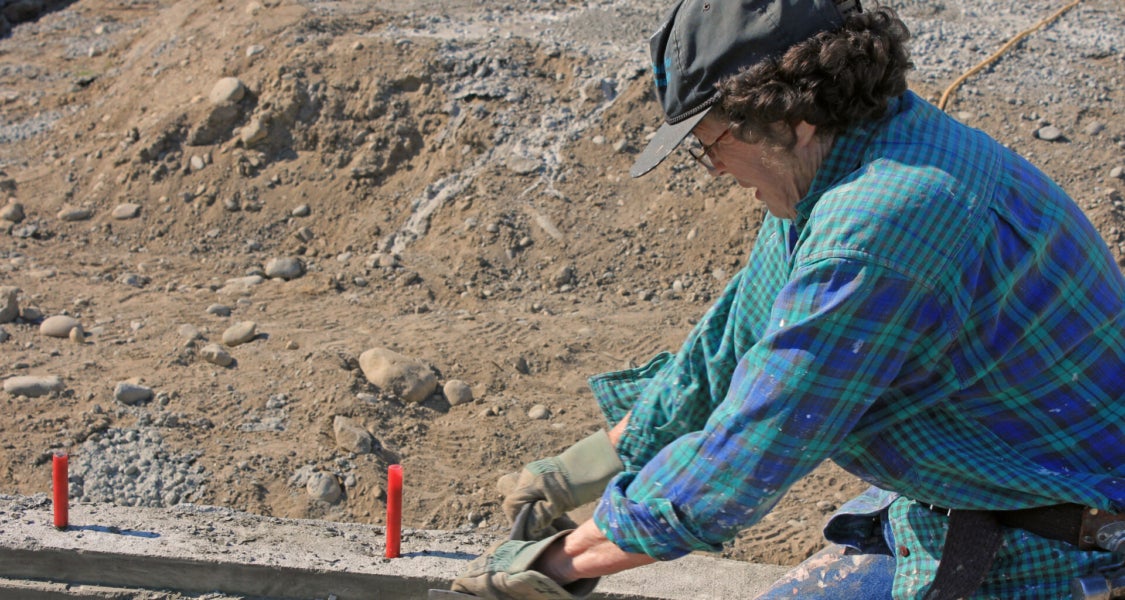 Tacoma/Pierce County Habitat for Humanity lost a dear friend, dedicated volunteer and Legacy Society member in May of this year: Chellis Swenson.

Chellis first came to Habitat in the early ’90s, looking to get out of the house following  a divorce. Not only did Chellis become one of our Weekday Regular Volunteers, but she met her second husband, Chuck Jensen, on one of our builds. 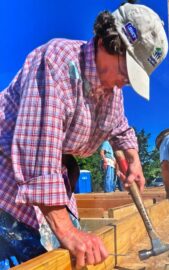 Both Chellis and Chuck have been strong supporters across the years. Chellis was known for bringing a cooler full of beverages for her fellow volunteers whenever she was on site. She was even named Volunteer of the Year in 1993.

While Chellis never fulfilled her dream of participating in an international build, Chuck and Chellis did do an interstate volunteer trip to Corvallis, OR. The two stayed in the college dorm and—to Chuck’s surprise—the build that week was actually a Women Build. Chellis, of course, was thrilled. 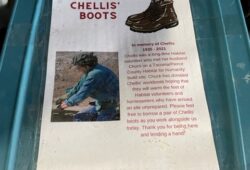 Upon Chellis’ passing, Chuck donated her stockpile of work boots to Tacoma Habitat, with hope that they would warm the feet of Habitat volunteers and homeowners who come to site underprepared.

Currently, the boots are at our Fern Hill development which has been excessively muddy of late. Volunteers and staff alike have been grateful to  borrow from Chellis’ collection. 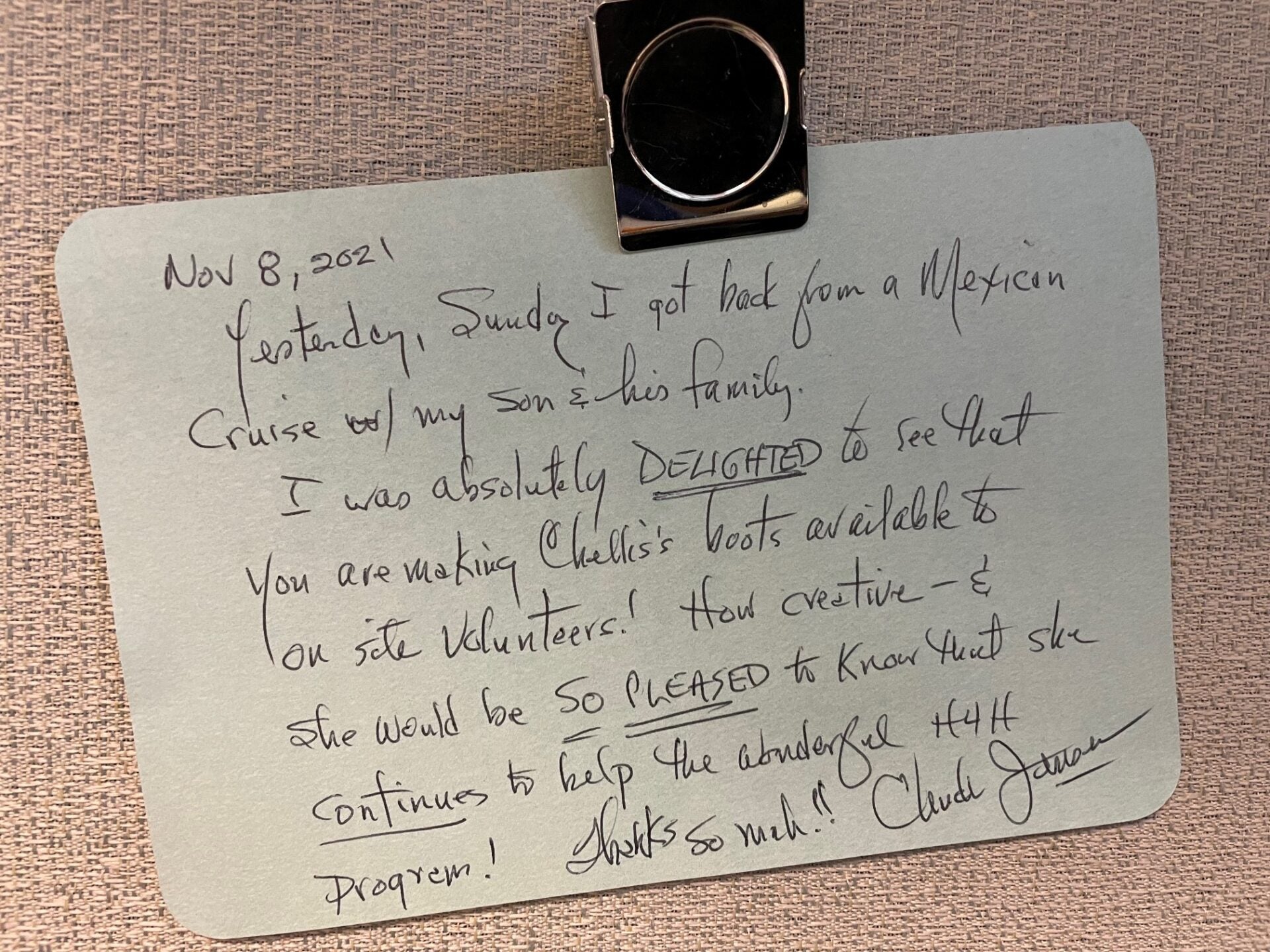