May 27, 2022 By Tacoma/Pierce County Habitat for Humanity in Advocacy 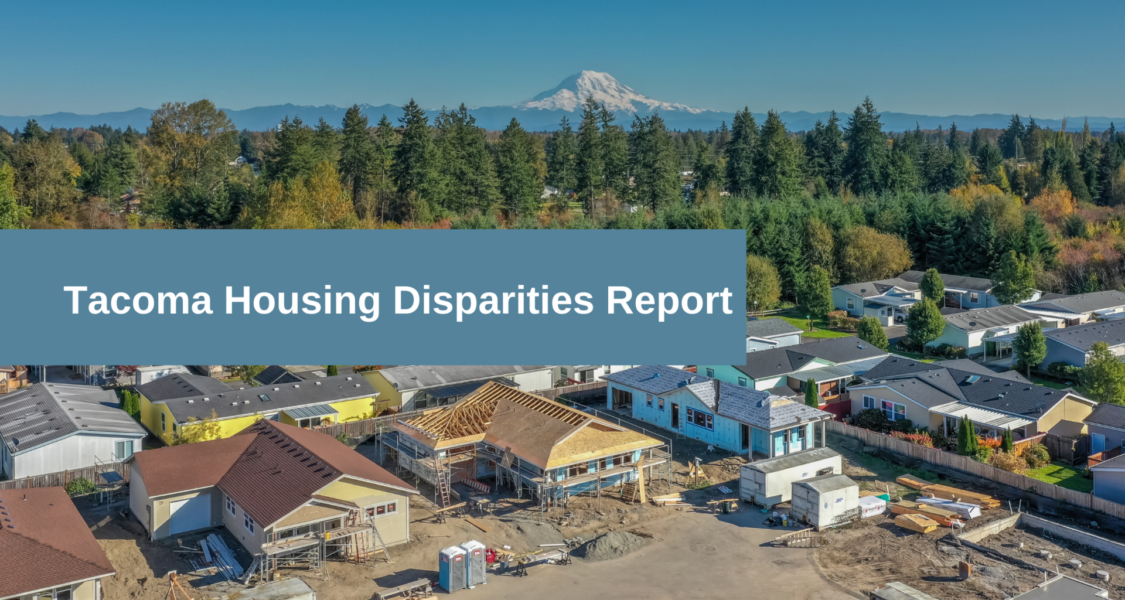 The City of Tacoma released a comprehensive report on race-based disparity in homeownership in November 2021. Conducted by ECONorthwest and BDS Planning, the study carried out Resolution 40697 and is a part of the City’s anti-racism initiative. In addition to analyzing systemic disparities in homeownership opportunities among Black households in Tacoma, the report also identifies strategies to address impacts of that discrimination.

Overall, the project team found clear disparities associated with Black populations owning homes which are not currently addressed by the existing housing programs available in the City.

The following are some of the report’s more impactful data points:

Tacoma/Pierce County Habitat for Humanity is proud to already have some of the study’s recommendations in place, including:

Historically, 60% of Habitat homeowners in Pierce County are people of color. In our current Fern Hill development, 75% of our homes are matched with Black buyers. Tacoma Habitat is also a proud participant in Habitat for Humanity International’s Advancing Black Homeownership Initiative, and participates locally in both the Coalition for More Housing Choices to Increase Black Homeownership Opportunities and the Black Home Initiative led by Civic Commons.

The City of Tacoma is in the midst of numerous planning projects to address the need for more affordable housing options, including homeownership, to all income levels. This includes City of Tacoma Affordable Housing Action Strategy (2018), Home in Tacoma and the 2025 Strategic Plan which prioritizes equity and access to opportunity, services, facilities, and financial stability as one of the five focus areas.