November 17, 2020 By Tacoma/Pierce County Habitat for Humanity in Habitat Homeowners 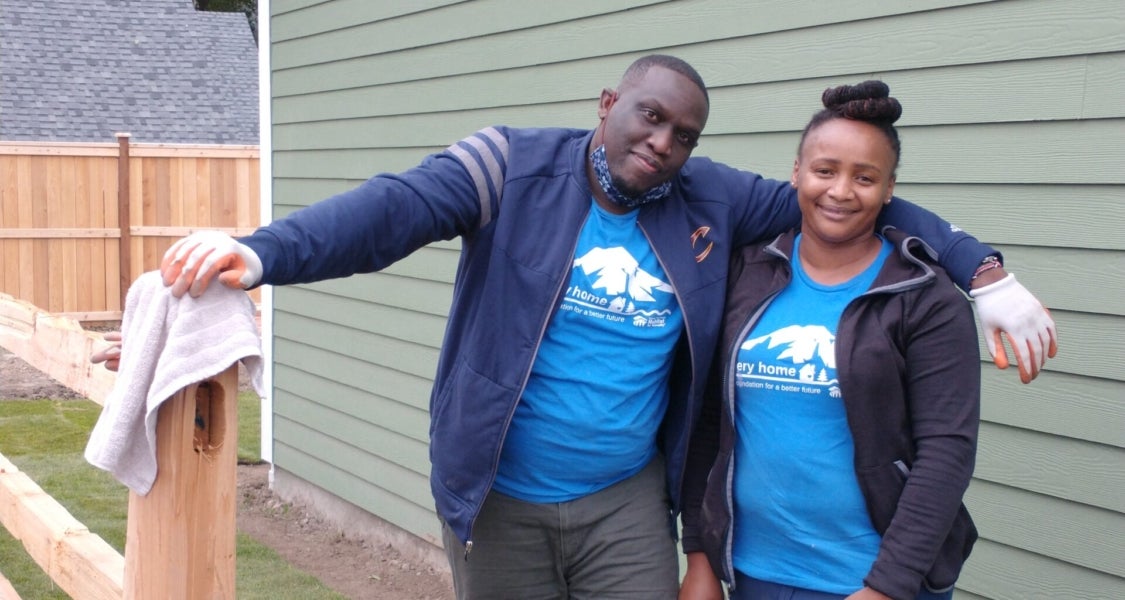 “We’ve wanted to own a home for a long time, but it was so expensive,” says Jane.

“We are excited for this opportunity,” adds Mike.

Jane and Mike recently moved into what Habitat calls a “recycled” home. A “recycle” happens when a Habitat homeowner sells their home back to Habitat it back in order to keep the home as an affordable opportunity for another prospective buyer who could us a hand-up.

Jane is currently in school working toward her RN. Mike is a Certified Nursing Assistant at a local hospital. He plans to return to school for his RN next spring. The couple has two children – a daughter (11) and son (5).  “They are looking forward to having their own rooms,” says Jane.

Because their home is a recycle, there wasn’t much sweat equity to be done at their own home, though the couple did some small projects after the original owners moved out. “We were able to paint and also do some landscaping,” says Mike.  But, their other sweat equity hours were at Tyler Court, where Mike said he really enjoyed rolling sod. “It was hard work, but gratifying to see how different it looked when we finished.”

“It was nice to know we were helping someone else with their home,” adds Jane.

About homeownership, Mike shares that he looks forward to the freedom. “You don’t have the limitations you do living in an apartment.” He’s also looking forward to the community garden and being able to grow their own produce.

“The neighborhood we live in now is not good,” adds Jane. “Owning our own home feels like a dream come true.”