A home for Jen and Aaron

July 6, 2020 By Tacoma/Pierce County Habitat for Humanity in Habitat Homeowners 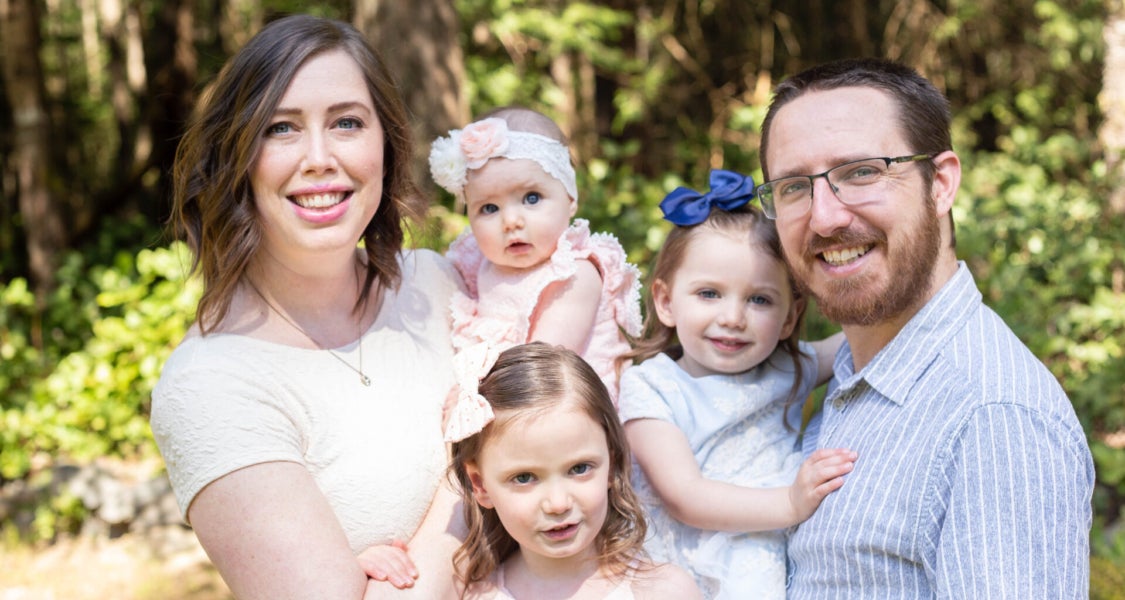 When Jen and Aaron discovered they were expecting their first child five years ago, the couple moved to the Pacific Northwest to be closer to family.

Their first home was a a mother-in-law apartment on Key Peninsula. The couple hoped to eventually buy a home in the area.

Jen said, “We looked at different traditional mortgages, but we just couldn’t afford it.”

Tacoma/Pierce County Habitat for Humanity was gifted a mobile home in 2018, and had plans to move it to a lot on Key Peninsula and renovate it. Staff had been doing outreach in Gig Harbor and Key Peninsula, looking for a prospective homeowner for the property.

One of the outreach points was Discovery Baptist in Gig Harbor, which is Jen and Aaron’s church. The couple applied and was selected.

Since early in 2019, Jen and Aaron’s family – now with three daughters – have been living with Jen’s parents and two younger brothers. All told, there are nine people living in the three-bedroom house.

Aaron was laid-off due to the pandemic and, in the meantime, he has been putting in sweat equity on his future home. Due to social distancing requirements, Aaron works on the outside of the home while a Habitat Construction Manager works inside. At the time of the heaviest renovation, volunteers were not permitted on site due to the Stay Home, Stay Healthy Order.

Jen says their oldest daughter understands the family will soon  have their own house. While she is excited about things like having her own room, she is sad to be leaving her grandparents and uncles. “She adores having the big family around her,” says Jen.

Jen notes the girls also miss toys that are currently in storage. “The girls are doing great, but it will be good for them once we are in our home. We won’t have to feel like we are on top of them all the time.”

Jen and Aaron signed their final closing documents on June 30, and have since moved in to their home.