December 20, 2021 By Jason Gauthier in Advocacy 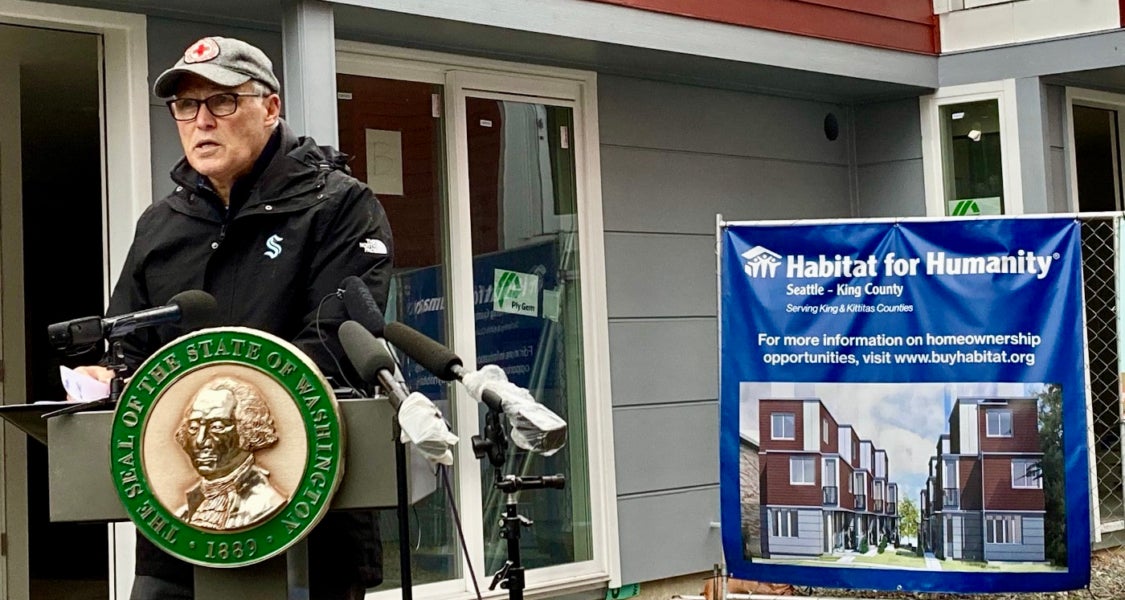 Last week, from a Habitat for Humanity build site in King County, Governor Inslee announced his budget’s proposed $800 million budget investments in housing and homelessness. This proposal is anticipated to serve as a roadmap for legislative investments in this supplemental, short session in 2022.

Tacoma Habitat will focus much of our advocacy on investments (both direct and indirect) in the Housing Trust Fund, as it remains a primary component for much of our construction financing.

Should Senator Das and Representative Bateman’s proposed missing middle legislation pass this session, the funding allocation to support technical assistance for small cities on missing middle housing implementation is surprisingly small at $3.5 million. For a comprehensive bill that would issue a significant land use mandate, the $3.5 million is a shockingly small allocation to support implementation. This legislation and supporting budget allocation will be a major issue this session.

From the local angle, you’ll see $51 million for ‘right-of-way outreach and site remediation’. This funding intersects with the City of Tacoma and the Council’s ongoing deliberation on the public camping ban. The Governor’s proposed budget would invest these funds to serve homeless community members living in the public right of way, such as those living at the 705 encampment in Tacoma, in collaboration with a new team of DSHS and local cities and towns, with the goal of transitioning people into permanent housing.

As a guiding document, we feel this proposal sets the stage for critically needed investments, building on recent success to provide shelter and housing options throughout the housing continuum. We look forward to the coming 2022 legislative session.